Received his PhD from University of Glasgow, U.K in year 2000 (Thesis – Development of 2D and 3D TIN data structure for 3D GIS). Prior to his doctorate education, he spent two years in ITC, Enschede, The Netherlands from 1990 to 1991 for his postgraduate studies in GIS, both for his MSc and Pg. Dipl. His bachelor education began in London from 1984 to 1987 at North East London Polytechnic (a.k.a University of East London). His research,
academic and professional activities both local and international focuses on 3D Geoinformation or 3D GIS. He is actively involves in various national and international working groups in geomatics and GIS as well as Geomatic and Land Survey Division (GLS) of Royal Institution of Surveyors Malaysia (RISM). He was Chairman for International Society for Photogrammetry and Remote Sensing (ISPRS) Commission 2 WG Multidimensional from 2008 – 2012. Also, involved in Federation International Geomatics (FIG) as Chairman for Commission 2 WG Professional Education and Accreditation. Recently appointed as Co-Chair for FIG Joint Commission 7 and 3 for WG 3D Cadastre for 2018 to 2022. He authored and co-authored more than hundreds of technical papers. Received several invitations as keynote and invited speaker in conferences organized in the following cities – Glasgow (UK), Melbourne (Australia), Bandung (Indonesia), Kuala Lumpur (Malaysia), Stuttgart (Germany), Delft (Netherlands), Istanbul (Turkey) and Safranbolu (Turkey). He also an editor and author for several books with Springer-Verlag (German) publishing house as well as reviewer for various renowned international journals in GIS including IJGIS, ISPRS journal, KSCE journal, Geo Journal. He is a regular visiting professor at the Stuttgart
University of Applied Science (a.k.a HFT Stuttgart), Germany. 3D GIS research proposals evaluator for Netherlands Research Council as well as Canadian Research Agency. He was appointed as PhD thesis examiner for University of Melbourne (Australia), TU Delft (The Netherlands), University of Glasgow (UK), and MSc thesis examiner for FHT Stuttgart (Germany). Recently appointed as a panel member for Best (Cum-Laude) PhD thesis in
geospatial science for TU Delft (The Netherlands), and as a juror for international governments 3D city modelling projects (appointed by Bentley Inc.) in 2015 (London), including Singapore 3D project. Organized the 1st 3D city modelling workshop in South East Asia region in 2010 at UTM Malaysia (a joint effort with TU Berlin Geoinformation group). He is a founder for the following international conference series, namely, 3D Geoinfo (since 2006) and GeoAdvances (since 2012). He has organized many years of Malaysian GIS annual conference known as GGT conference series until 2019. Last year in October he organized the 4th International Conference of Smart Data Smart Cities 2019 and 8th. International Workshop on Land Administration Domain Model (LADM) 2019 in Kuala Lumpur, Malaysia. He also involved in Istanbul 3D city modelling project (in the aspect of 3D geospatial database using CityGML). In January 2019, he published an article on 3D city modelling for Istanbul city (article in GIM, January https://www.giminternational.com/content/article/3d-city-modelling-of-istanbul). Last October he also organized a One-Day Tutorial on Advancement of 3D Modelling and 3D City Modelling on 1 October in Kuala Lumpur, Malaysia. He was Chair for the Geospatial KL 2019 International
Conference. He presented a keynote speech for the Smart Cities and Expo 2019 in Casablanca, Morocco. He also presented a keynote speech on 3D city modelling at the recently concluded GeoAdvances International Conference 2019 in Manila, Philippine. His upcoming Geospatial Asia-Europe 2020 conference project in Marrakech, Morocco in November 26th. – 27th. , as well as the 5th. Smart City Applications 2020 in October in Safranbolu, Turkey. Prof. Dr. Bilge ISIK graduated from Fine Arts Academy (DGSA) Istanbul Turkey as Architect, her PhD is on prefabricated concrete building elements (ITU &Germany-Hannover). She is involved in industrialization of earthen construction since 1978. The earth construction researches (with 60 thesis-students) focused on durability of the material, earthquake safety of earthen building, industrialized earthen construction techniques. Shotcrete production of earthen building is tested on shaking table, to prove the earthquake safety (2009).

She is consulting companies in Turkey and in other countries on material properties and production techniques for a proper and fast earthen construction. Leading the conferences www.kerpic.org/2005 till 2019; was editor for the proceedings.  She is scientific commission member of UNESCO -ICOMOS ISCEAH (International Scientific Commotion of Earthen Architectural Heritage) representing Turkey. Married, two children having two grandchildren.

The relationship between mudbrick structure and earthquake Graduated from Middle East Technical University in 1976. As a freelance architect; He worked in areas such as architectural project, old building renovation, restoration of old works, decoration, architectural consultancy. He was the first team at the Beşiktaş Square Organizing Competition. Between 1998 and 2004, he served as a member of the Istanbul Metropolitan Branch Board of Architects. He became a member of the Central Board of Directors as the 2nd President of the Chamber of Architects between 2004-2006. Between 2006 and 2010, he served as the President of the Chamber of Architects. He has been working as a freelance architect since April 2010. He was a member of the editorial board and editor of Architecture, Architectist and Güney Architecture magazines. He has two books titled “Compiling the Past, Building the Future” and “The Quality of Life and Architecture of Our Cities”. Fermin Blanco is most noted for founding Sistema LUPO — a collective team of professionals incorporating: architects with MA’s in Education; planners; and university professors who are all involved in architecture and education. Through Sistema LUPO, he coordinates and advises on childhood education programs for cultural centres and contemporary art museums. A few of their most notable projects with children are: “Jumping with the Masters”, “Paper Houses”, and “Building While Playing” whereby children are physically building with objects while learning about architecture and the world around them.
Sistema LUPO is currently focussing on creating a ‘Maestra de Obra’ (Master Builder) Project, to integrate multiple disciplines such as sociology, psychology, education, architecture, and art in order to creatively encourage educational communities to be involved in integrating new pedagogies and spaces

Prof. Dr. Gülser Çelebi is graduated from ADMMA Department of Architecture in 1976 and started to work as a research assistant. She completed her master’s degree in 1982 and received the title of MSc in Educational Sciences. Having completed her PhD study in 1994, Çelebi achieved the degree of Assist. Prof. Dr. in Gazi University Faculty of Architecture. She became an Associate Professor in Building Sciences and Construction Technologies in 1999, and became a Professor in 2005. Throughout her academic life, she taught undergraduate and graduate courses, and directed to PhD and MSc thesis. Her research and studies are in the fields of sustainable architecture, environmental effects of building materials, innovative building materials and technologies, smart buildings. Çelebi, has written numerous national and international articles, published scientific meeting papers, professional journal publications, books and chapters in the books. She has also managed professional and scientific research projects, and worked as a referee in various international journals. In addition to her intensive and busy academic life, she also has administrative experiences at different universities such as ‘dean’ and ‘vice rector’ positions. She still works as a faculty member at Çankaya University Faculty of Architecture. Professor, Gazi University, Department of Architecture
AKPIA Associate, Harvard University, Department of History of Art and Architecture
Received her B.Arch and M.Arch from Gazi University (1991-1997). She practiced as an architect in various projects and attended architectural competitions (1991-1995). Received a grant for PhD research in Britain (1999-2000) as a visiting researcher in the University of Edinburgh. In that period gave a lecture in the Bartlett School of Architecture and joined seminars at the AA (Architectural Association School of Architecture) in London as well. With a Goethe Institute grant, she took German classes in Schwabisch Hall Germany (2002). Earned her PhD degree from METU (2003). Her books include: Halkevleri: İdeoloji ve Mimarlık [People’s Houses: Ideology and Architecture] published from Iletisim Publishing House and Emergence of Modern Public Space from a Traditional Mosque Courtyard, Early Nineteenth Century İstanbul- Beyazıt published in Germany. She has written several articles in journals and as well as chapters in books. One of her articles “Designing a Utopia: An Architectural Studio Experience on David Harvey’s Edilia” published in International Journal of Art and Design Education. She has also edited books and journal files. Besides other conferences, she has presented at SAH (Society of Architectural Historians) Chicago 68th Annual Conference, with the paper “Unplanned Plans: Urbanization in 20th Century Turkey” in 2015 and at EAHN (European Architectural History Network) 2017 June Histories in Conflict Conference, with the paper “Kars: A Critique of An Urban Historiography” in Jeruselam. She has given several public talks in universities, institutions and architectural organizations. She also participated in Radio and TV programs about issues on buildings and architecture. With the support of Gazi University, she has enrolled at University of Florida in 2016. During her current residency at Cambridge as an Associate of Harvard University Aga Khan Program for Islamic Architecture, she studied the history of the city of Kars in East Turkey. Her research area is ideology, politics, public space, architecture, modernity and cities, and urban histories. 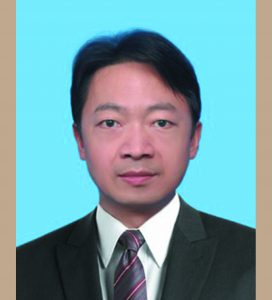 Dr Wei Zhou is the Head of Cost Management at CEDY 3rd Contracting &Trading, Sdn Bhd, Malaysia, an affiliation of China Guangsha Group. He obtained his PhD at the University of Wolverhampton, UK in 2010 with research direction of information communication technology (ICT) in the built environment. Wei has multidisciplinary and international career experiences in computing/civil engineering, usability engineering and building information modelling (BIM) in China, the Netherlands, United Kingdom and Malaysia respectively. He built his unique expertise in the interdisciplinary area of BIM over a decade both academically and professionally in Europe and Asia. Currently, one of his commitments is to implement BIM by connecting the cost (namely 5D BIM) with focus on company’s multiplex building construction projects across Malay Peninsula.